Spéos and Maison Niépce rectify the history of science: the first internal combustion engine is French! 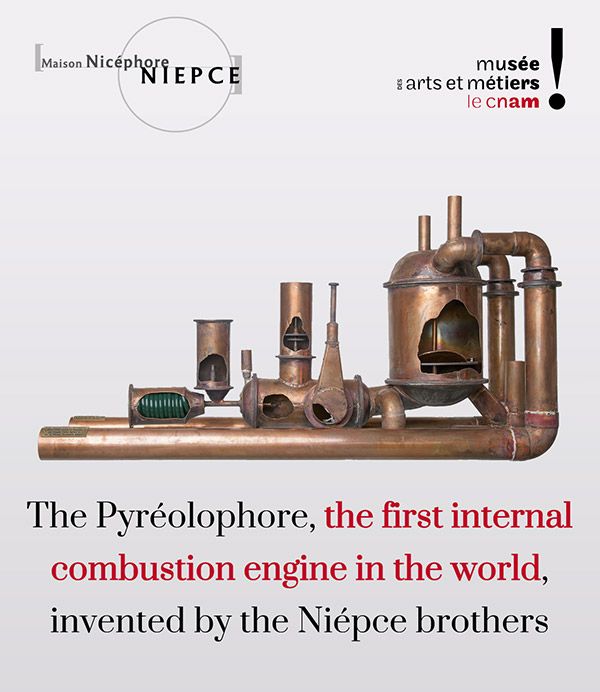 Spéos confirms its commitment in the research and development of the inventions of Nicéphore Niépce with the appearance of the Pyréolophore into Le Musée des Arts et Métiers on Thursday, September 27 at 7pm.

After many years of research, the Nicéphore Niépce House and its team have officially proven that the invention of Nicéphore Niépce, named the Pyréolophore, is the first internal combustion engine in the world.

This research was validated by the Academy of Sciences in 2015 and is the subject of a book: Niépce, Another revolution in the shadow of the great Carnot – Essay of a reasoned bibliography of the first internal combustion engine (1806). The Pyréolophore, written by Manuel Bonnet, Jean-Louis Bruley, Olivier Pironneau (introduction), and published in 2015 by the Université pour Tous de Bourgogne Centre de Chalon-sur-Saône.

The rehabilitation of the Pyréolophore was carried out thanks to the Nicéphore Niépce House, with the financing of the Spéos photography school, as well as the support of Olivier Pironneau from the Académie des Sciences and Yves Winkin, director of Le Musée des Arts et Métiers.

> Know more about the Pyréolophore