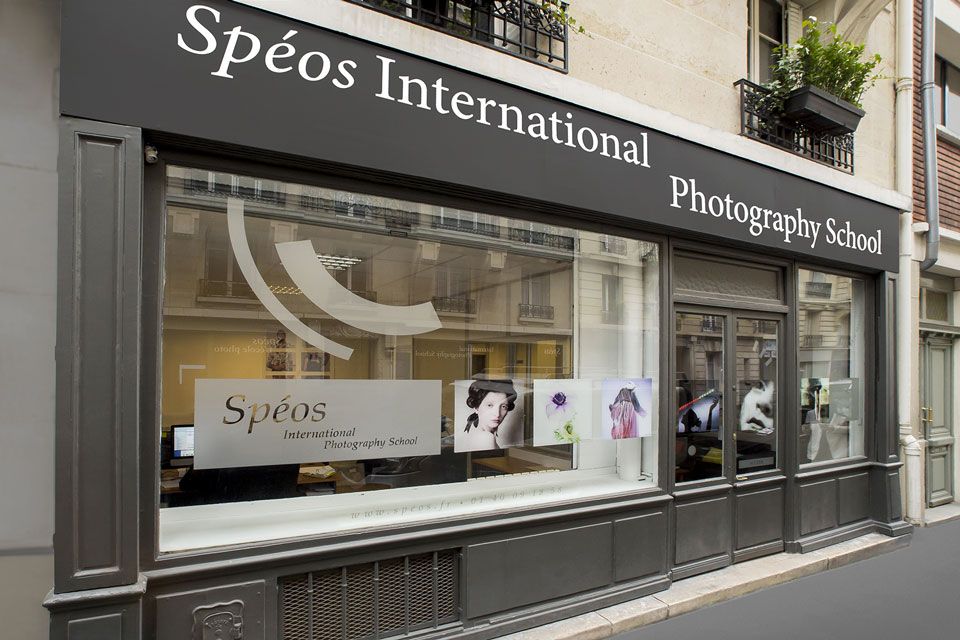 Spéos: 35 year anniversary!
Since its foundation, Spéos has trained thousands of photography students and communication and image professionals. The school has developed its activities in the following domains: training, consulting/audit, Internet services, research/publications.

Spéos from 2015 until today

• Development of 3D and CGI (computer generated image) to support the evolutions and demands of the photo and image market.

• Spéos and Polka create a photojournalism program in 5 months in Paris.

•  Spéos and INSEP create a program dedicated to sports photography, particularly in view of the 2024 Olympic Games in Paris.

• Spéos is once again a partner of the Festival Circulation(s) de la jeune photographie européenne with the loan of equipment for Studio Photo 2019.

•  Spéos also welcomes the National Association of Iconographers (ANI) for their internal training and portfolio readings of Spéos students, as well as the training courses of the Photoshop Club Paris.

• Spéos/Maison Niépce, together with the Clemenceau-de Lattre Museum and the Ministry of Culture, has created the Club des Illustres, an association aimed at promoting exchanges between the Maisons des Illustres in order to create a professional network and make the Maisons and their activities known to as many people as possible.

• More video classes at Spéos: video courses were previously optional. They are now automatically included in most of the professional photography programs. In order to do so, the school has been furnished with advanced professional equipment.

• Spéos and Magnum Photos London launch a new short program in 5 months, available in London only.

• In 2018 again, Spéos is a sponsor of the Circulation(s) European Young Photography Festival  and more particularly lends photo equipment for the Studio Photo 2018.

• Launch of the optional year of professional coaching: open to students who have successfully completed a long-term program at Spéos. This optional year is recommended to those graduates who wish to continue to benefit from the reassuring framework of the school, so as to start their professional activity.

• Launch of the distant learning offer, exclusively designed for Spéos Alumni as part of the Alumni Care Program of the school.

• Spéos hosts, since 2010, the National Association of Iconographers (ANI) for their internal training and portfolios readings of Spéos students.

• Spéos also hosts, since 2010, the Club Photoshop Paris trainings, which brings together the best specialists in this application.

• The French magazine Paris Match and Spéos partner up to create a new and exclusive “Photo-reportage and Press Magazine” program in Paris. This new program is a 2 year long course and is taught in French only.

• Spéos hosts the Magnum Live Lab 2017 in its premises in Paris.

In 2016, Paolo Roversi and Spéos create a unique 1-year master class for Fashion Photography on the Paris campus. The formal program is delivered by Spéos and its appointed teachers, and complemented by the Art Direction of Paolo Roversi and Dominique Issermann.

In 2015, Magnum Photos and Spéos are partnering to create a new and unique 1-year master class for Creative Documentary & Photojournalism in Paris.

• Spéos joins stock agency Alamy‘s 100% student project. This program is a unique way for students to get involved in stock photography: they upload their images for free and — for two years — receive 100% of the sales of their images.

• Renewal of partnership with Magnum Photos: for 5 months, students in the photojournalism specialization have been attending master classes taught by Richard Kalvar and the Magnum team. Group project here.

• Spéos lends its studios to “Comme les Autres”, an association founded by Laurent Onde to assist people with disabilities following an accident in their lives during the reconstruction process, to help them discover the world of photography and enable them to practice.

• Partnership with Magnum Photos and Spéos: students in the photojournalism specialization attend classes taught by representatives of the Magnum agency. Project 24 hours on the Champs Elysées.

• The Niépce House Museum is awarded the prestigious label Maisons des Illustres by the French Ministry of Culture.

• Lens Culture FotoFest Paris hosted for the 4th time at Spéos from November 11-13.

• Lens Culture FotoFest Paris hosted for the 3rd time at Spéos from November 12-14.

• Opening of  Spéos Alumni Studio in Paris, allowing our graduates to begin their professional careers. 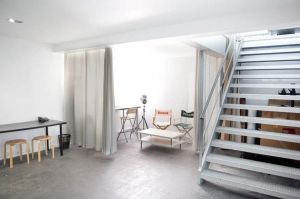 • Lens Culture FotoFest Paris hosted for the 2nd time at Spéos from November 7-9. Watch the film.

• The photography school Spéos and the museum Maison Nicéphore Niépce in Saint-Loup-de-Varennes are happy to announce the online publication of Niépce – Letters and Documents, by Manuel Bonnet et Jean-Louis Marignier, the largest number of documents ever collected on the inventor of photography (1765-1833). This project is sponsored by the Académie des Sciences and the Académie des Beaux-arts.

• Initiated by the museum Maison Nicéphore Niepce, the “Route de la Photo” — a series of photo spots — invites visitors to discover Burgundy following the footsteps of the inventor of photography. Interactive Map

• Lens Culture FotoFest comes to France for the first time during Paris Photo from November 15-17. It is be hosted by Spéos. Watch the film.

• The Spéos students participated at the 47th Bièvres International Photofair.

• “The digital revolution”: Exhibition Opening at the Swiss Camera Museum at Vevey on April 23. Spéos and the Niépce House contributed with a donation of cameras and other equipment.

• Voies Off Festival, Arles : Spéos/Maison Nicéphore Niépce will be present for the 15th consecutive year in this festival. Since 1996, the Voies Off Festival has been supporting contemporary creation and varied creative practices by offering their authors a scene of international renown during the Rencontres Photographiques d’Arles. In parallel to the official programming, the Voies Off Festival displays for free the photographic work of young authors.

• Partnership with the Institut Image of ENSAM in Chalon sur Saône where were presented:
– a 3D video displaying the internal mechanism of the Pyréolophore – a creation by Hadrien Duhamel;
– the birth of the first camera: where, how and when the “baguier d’Isidore” (a little jewel case) was transformed into a camera thanks to the dismantling of the family’s solar microscope;
– the entire Petiot-Groffier lab in the House of Nicéphore Niépce on the occasion of the National Heritage Days.

• Conference-Debate-Exhibitions in Dubai at the Alliance Française.

• Slideshow of Spéos students’ work at the Empty Quarter Gallery in Dubai.

• Spéos and Maison Nicéphore Niépce have decided to celebrate the bicentennial of the Pyréolophore by rebuilding it as it was originally. It is the first internal combustion engine ever, which was invented and patented by the Niépce brothers in 1807. Ten years later, they were the first in the world to make an engine work with fuel injection system. A celebration took place on the occasion of the “Journées du Patrimoine” (National Heritage Days) 2008, in the very place of the invention… in the House of Nicéphore Niépce, as well as in November on the occasion of the Science Festival in the Institut Image of ENSAM in Chalon sur Saône.

• Students at Spéos have the possibility to obtain the degree of a European Master of Professional Photography accredited by E.A.B.H.E.S. (European Accreditation Board of Higher Education Schools).

• The Spéos/Nicéphore Niépce House projects get the support of the Académie des Sciences.

• Discovery by Spéos of the world’s oldest Photographic Lab.

• Set-up of the Bus of Photography, in collaboration with the Rencontres d’Arles.

• Spéos’ subsidiary, PixOclock.com, the image bank for independent professional photographers and former students at Spéos, moves onto a new search engine, Phraseanet IV. The photographers on PixOclock are the first in France to enter the Adobe Photographers Directory, accessible via Bridge in Adobe Photoshop CS2.

Opening of Niépce’s House as a museum. Publication of the most important compilation of documents ever collected on Niépce, the inventor of photography.

• Launch of PixOclock.com – a photo search engine and viewing platform, which allows photographers to broadcast their images in real time.

• Our film “Niépce’s House” is selected for screening at the Festival du Film de Chercheurs in Nancy.

Our documentary film, “Niépce’s House”, is presented in Savannah/USA, and at the Festival International du Film Scientifique d’Orsay in France.

Presentation of the archeological discoveries at Niépce’s House in the Antique Theatre during the R.I.P. at Arles.

• Discovery of the house in Saint-Loup-de-Varennes, where Nicéphore Niépce took the world’s first photograph, which is currently exhibited in Austin,Texas.

• Publication of the book Beginning Photography using the Stop-System in English and French, co-written by Pierre-Yves Mahé, Richard Zakia and Gordon Brown.

AltaVista declares www.speos.fr the primary website worldwide in the field of “photo education”, for its visibility.

• Program for the hearing-impaired: special programs are set up at Spéos allowing, for the first time in France, the hearing-impaired to get a photographic training. France Télécom (Forum of digital communication) and Spéos sponsor a year of studies for a young deaf girl in the United States (at Rochester Institute of Technology / NTID): Nadia Kantara. Since then, while keeping links with NTID through videoconference, she has taught two years at Spéos. 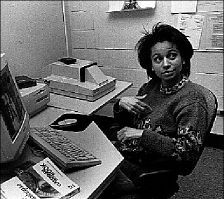 Invention of the “Spéos transmission kit”, a precursor of Internet transmissions, distributed by the French company SAGEM, which permits distant image discussions via telephone lines. Spéos used this kit at the closing evening at the Rencontres Internationales d’Arles (RIP), to enable photographers Ralph Gibson, Arnold Newman, Harry Calahan, and Eveline Daitz, from offices in Manhattan, to view and comment on their work projected on a giant screen in the Arles Antique Theatre to some 3,000 persons.

First Winter session at Spéos in collaboration with the Rhode Island School of Design.

Spéos develops the Stop-System, a method to teach darkroom printing and exposure basics in the studio. The Stop-System is currently taught at the Rochester Institute of Technology (RIT) and at the Rhode Island School of Design (RISD).

In January 1985, French photographer Pierre-Yves Mahé, passionate of innovative techniques, founded Spéos, a dynamic photography school with international vocation. He created links with the best universities (RISD, Hamilton College, Chicago Art Institute, RIT, …), who recognized the importance for their students to study abroad as part of their program.