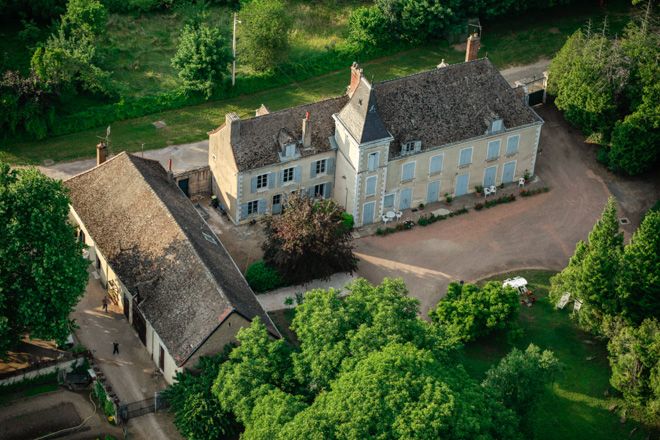 Spéos Photo School is very concerned with ongoing research and in preserving a very significant French National Heritage site since 1999: The Nicéphore Niépce House Museum.
This is the location where the very first photograph in the world was taken by the true inventor of photography, Nicéphore Niépce, some years before Daguerre and Fox Talbot.

It is in Burgundy, 350 km from Paris, in the house of Le Gras that Nicéphore Niépce designed and realized most of his inventions. From one of the windows of the house he realized in 1827 the Point of view taken from a window of the property of Le Gras, considered the oldest photograph in the world. It is preserved today in the Gernsheim Collection at the University of Austin, Texas.
Spéos students have the unique possibility to visit the very place where the world’s first photo had been taken. In the house of Nicéphore Niépce, a museum was created at the initiative of Spéos, allowing them to discover the roots of their future profession.

A national heritage site preserved by Spéos, the Niépce House Museum was awarded the prestigious label “Maison des Illustres” by the French Ministry of Culture in 2013, with sponsorship of the Academy of Sciences and the Academy of Fine Arts.

In 2019, Spéos/Nicéphore Niépce House Museum, together with the Clemenceau-de Lattre Museum, have created the “Club des Illustres” association, an initiative sponsored by the ministry of Culture.
This Club aims to help its members to maintain and improve the missions that have enabled them to be awarded the “Maisons des Illustres” label: conservation, enhancement, cultural offer, mediation and reception. The Club’s purpose is to propose and implement any means and any action to:
– put in contact the houses labelled “Maisons des Illustres”,
– encourage exchanges between them in order to create and implement a professional network,
– make the “Maisons des Illustres” and their activities known to as many people as possible.

Correspondence of Nicéphore Niépce, the inventor of photography, is compiled in a book of 1,600 pages written by a descendant of Niépce and a researcher of the CNRS. This book is fully available online (in French only). Spéos continues to invest in research into Nicéphore Niépce’s inventions.

The first internal combustion engine in the world, invented by the Niépce brothers

Discover the best moments of the entrance of the Pyréolophore into Le Musée des Arts et Métiers! The event took place on 27 September, 2018.

The oldest photo lab in the world! 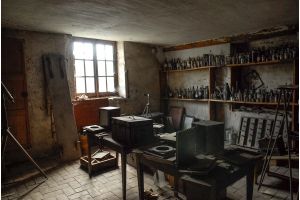 © Spéos
The intact photographic laboratory of a contemporary of Niépce, Joseph Fortuné Petiot-Groffier.

Restoring the home of Nicéphore Niépce

This website uses cookies to improve your browsing experience and help us improve our websites. Learn more OK
Go to Top