Spéos International Photo School – Paris & London has been accredited by the French government with the RNCP level 7 Title, by Campus France, EuroPass, FEDE and E.A.B.H.E.S. Spéos is also registered with the Rectorate of the Paris Academy as a private higher education course.

Spéos also preserves the Maison-Nicéphore Niépce Museum, where the very first photo in the world was taken by the creator of the photo himself: Nicéphore Niépce. The Museum was awarded the prestigious title “Maisons des Illustres” by the Ministry of Culture in 2013, sponsored by the Academy of Sciences and the Academy of Fine Arts. 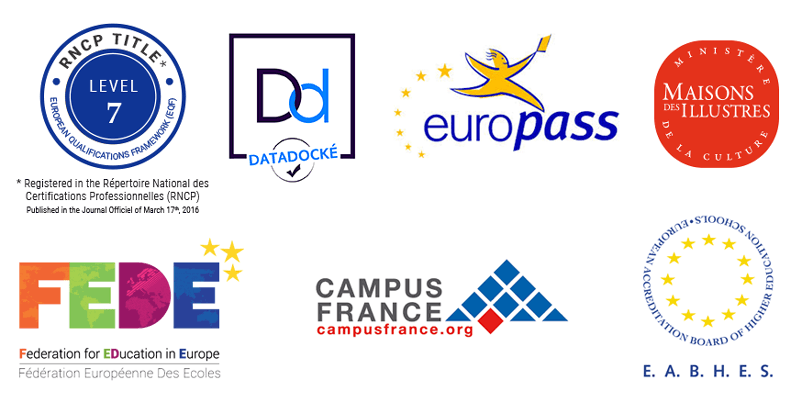 As an independant private higher education course registered with the Rectorat d’Académie de Paris, Spéos is approved by the French Social Security and confers student status on its students.

Spéos is a training organization referenced in the Datadock tool. This means that Spéos has filed all the factual elements proving that it complies with the quality requirements laid down by the law of 5 March 2014 implemented by Decree No. 2015-790 of 30 June 2015 in the Datadock tool.

Spéos also has received accreditation from:

This website uses cookies to improve your browsing experience and help us improve our websites. Learn more OK
Go to Top